The Kazanlar Tarot deck is available with the English guidebook

“The ecumenical attitude allows that different religions lead equally to God. The tarot is an old ecumenical tradition which contains holy symbols of God that recur in similar forms in all the great religions, since God permitted his people to worship him in different ways, although he is the same God for all and everywhere. The Old Testament was referred to by the Hebrew kabbala, which represents the origin – or one of the origins – of the Tarot, since it gave rise to the mystical letter and number systems. The New Testament, as well, contains the symbols of the Old. Likewise, the Koran contains passages whose headings consist of one or more letters the meanings of which are certainly no different from those of the secret Kabbalistic letter system in the older monotheistic traditions.

I was born in Iran, of a father of mixed Turkish and Persian origin and a Hungarian mother and lived in the home countries of my parents, who were followers of different religions. It became clear to me that the God of my Asian relations was the same as the God of my European relations. After studying painting, philosophy and general linguistics, I discovered that the tarot is an applied system of art and meditation for the purpose of ecumenical improvement. This then is my ecumenical tarot which I now pass on to you with descriptions of the arcana and of a few spreading systems for stimulating predictions. I wish you good fortune for every situation in which you use it!” 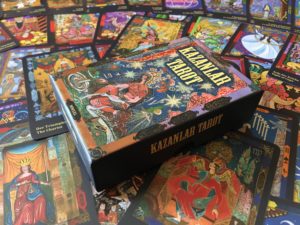 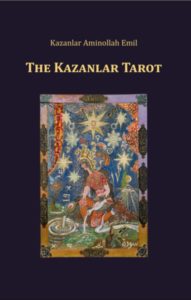 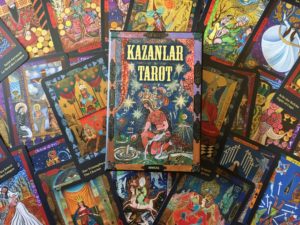